Uncle Snarky Explains It All: Obviously

Posted by Uncle Snarky on January 7, 2017
Posted in: Humor. Leave a comment

The Snark has noticed a real spike in conversational use of the word, “obviously”. Due to the very nature of its meaning, it should be seldom used.

But, people (sportscasters are the worst) love to open their sentences with the word “obviously”, and then go on to tell you what they already stated was obvious.

So, should we take exception to this? Should we assume that the speaker considers us idiots because he immediately goes into great detail telling us what he had just before deemed obvious?

Or, should we assume that the speaker is an idiot because he either doesn’t understand the words he’s using or he relies on “crutch words” or phrases to speak because he’s unable to think on the fly and speak accordingly?

I’m going with the latter … obviously. 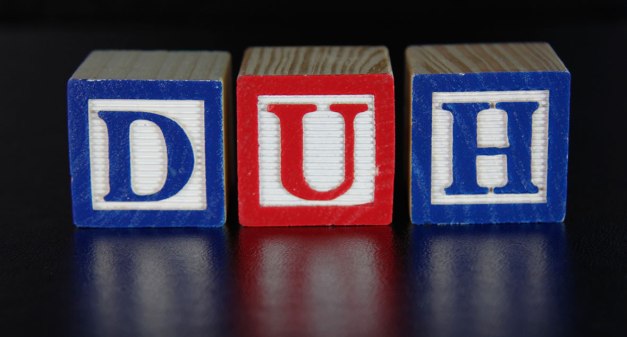